On August 14th, 2014, iorapro was born with a purpose. A purpose to produce superior work and capture visuals in the most exhilarating way.

Prakash Matada’s love for wildlife was no secret. It was during his time as a volunteer at a wildlife NGO that he found his calling for photography and filming. The word spread and soon scientists, artists and conservation organisations sought him out for his versatility and video production services. Wasting no time, he founded iorapro, a media video productions in 2014 eventually adding corporates and private businesses to his list. His strong connection to wildlife,  his love for technology and the scenic beauty of a resort helped establish his primary categories at iorapro.

Prakash believes that videos are the future of powerful storytelling. They’re the arresting stimulants that can move ideals if done perfectly. His promise, that the videos helmed by the team will always be captured in their purest, untainted form, reflects on the very name itself iora, which is greek for pure. 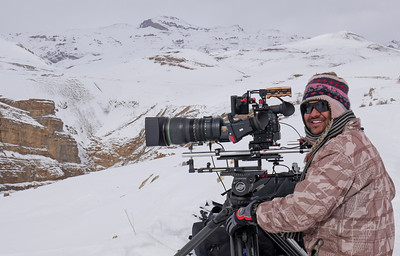 Our 5 year journey is encrusted with some of the most prestigious awards in creative excellence yet.

Our work has appeared in many world publications including -but not limited to-, ‘The New York Times’, ‘Mongabay’, ‘National Geographic’, ‘The Week’ and the ‘Times of India’.